Poverty has a terrible effect on those forced to live in it, regardless of what causes it. Scholars, government agencies, and non-profit organisations have conducted extensive research and analysis to demonstrate the effects of poverty on poor people’s lives. Many of these studies focus on the outcome of poverty on children’s development, and the findings are unequivocal: the effects of poverty on children’s development last a lifetime. Poor children likely grow up to be poor adults. They are more likely to drop out of school, become first-time parents, and struggle to find work.

There is no one-size-fits-all solution to the effects of poverty or its causes. In most cases, a variety of factors contribute to poverty. Understanding these factors and how they interact is critical to permanently ending poverty.

“Inequality” is a term used to describe the systemic barriers that leave certain groups of people without a voice or representation in their community. Everyone must be involved in the decision-making process for a population to escape poverty, especially when it comes to determining one’s social status. Some of these may be obvious, while others may be more subtle.

Socioeconomic inequalities stemming from gender, caste, race, or tribalism are all synonyms for the same thing: a lack of access to the resources necessary to live a productive life. A marginalised community may become even more vulnerable to poverty and lack of education when they see vulnerabilities and hazards.

When people’s rights and assets suffer because of their ethnicity or tribal affiliation, they have fewer opportunities for progress. Gender inequality exemplifies this, particularly regarding women’s health and economic power. This isn’t even a case where equality is a relative concept. It doesn’t matter who has more. All that matters is a person’s inability to meet their basic needs.

Extreme poverty and poor health go hand-in-hand with the effects of hunger and poor healthcare. Malaria, diarrhoea, and respiratory infections can be fatal in countries with weak health systems. It’s especially important for young ones.

Having to pay for medicine or travel long distances depletes the finances of families who are already in a precarious position of poverty and education. There are many ways in which this can lead to extreme poverty for a family. Pregnancy and childbirth, especially for women, can be a death sentence. When it comes to healthcare, maternal health is often overlooked in countries where patriarchal structures are still in place. Without their father or husband’s permission, new mothers and mothers-to-be are often denied access to health care for themselves and their children. Teenage girls who become pregnant, especially when the pregnancy occurs outside of marriage, are subjected to additional inequalities and discrimination.

The lack of education

Not everyone who lacks an education is living in poverty. However, the majority of adults in extreme poverty did not receive a good education. And, if they have children, they’ll likely pass it down to them. Many obstacles to education exist around the world, including a lack of funds for uniforms and books, as well as a cultural bias against girls’ education.

Education, on the other hand, is frequently referred to as the great equaliser. This is because it can provide access to jobs, resources, and skills that a family requires to not only survive but thrive. According to UNESCO, 171 million people could be lifted out of poverty if they graduated from high school with basic reading skills. Poverty puts education at risk, but education can also help to alleviate people living in poverty.

Pandemics and other global health crises

One of the causes of people living in poverty is a poor medical system that impacts people or even entire communities. On the other hand, a sizable epidemic or pandemic needs to be included on this list. The public health emergency COVID-19 isn’t the first time a public health crisis has impacted the poverty cycle. More localised epidemics, such as Ebola in West Africa or malaria in Sierra Leone, have shown how local and national governments can grind to a halt while attempting to prevent the spread of disease, provide assets to frontline workforces and centres, and devise contingency plans as day-to-day life is disrupted.

The lack of government support

It’s common knowledge that social welfare programmes exist to help those in need of food and healthcare. With no safety net in place, vulnerable families can fall even further into poverty if they don’t get the help they need from their government. Many of the other causes of people living in poverty mentioned above are also exacerbated by ineffective governments because they are unable to provide essential education and healthcare, or protect their citizens in the event of a conflict.

Consider the following scenario: you need to get to work but there are no roads. Perhaps your usual route has been flooded by heavy rains, making it impassable. Inadequate infrastructure, such as roads, bridges, wells, and phone and internet cables, can isolate rural communities from the rest of society and even causes educational inequality. Living off the grid means being unable to attend school, work, or access a market where they can buy and sell goods for many people. Families who must travel long distances to obtain basic services are unable to escape poverty due to the time and expense involved. Isolation narrows one’s options. Many people find it difficult, if not impossible, to rise out of extreme poverty if they lack opportunities. 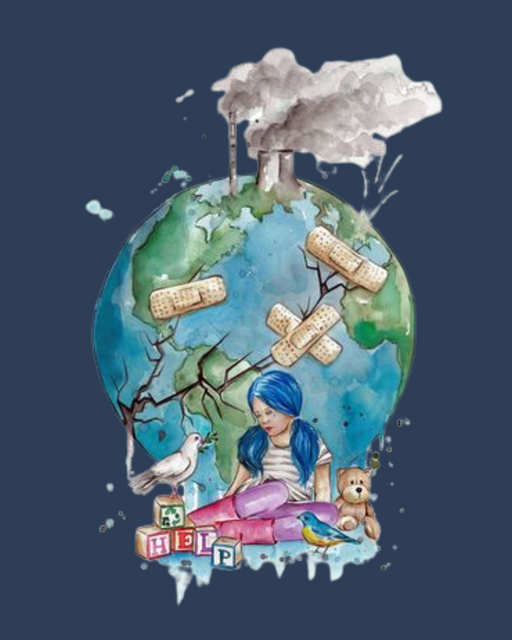 There are plenty of ways climate change contributes to the cycle of poverty. Many of the world’s poor people get their food and income from farming or hunting and gathering. As animals migrate due to climate change, livestock reduces. Long droughts impact agrarian production, hence generated income is threatened. Typhoons wreak havoc on coastal homes. Heavy rainfall causes flash floods that drown low-level towns.

Because of climate change, the living conditions to which humans are accustomed will cease to exist, thus impacting the welfare of humanity on a global scale, resulting in poverty, famine and lack of education.

Global poverty has significantly impacted the lives of millions across the globe. To mitigate its impacts, we must seek to reinvent solutions to form better ones that diminish the rampant causes of poverty. The causes of this global issue are stepping stones to more severe economic and global consequences.

To show support, and engage with The Best Of You to help in the fight against global poverty. The company focuses on making a statement to create awareness of educational inequality brought about by the chains of poverty. Visit The Best of You today to help find sustainable ways of solving global poverty.

How to streamline your warehouse operations with a WMS

Learn About Branded Calling and Its Benefits

Introduction –  Several people have this query regarding BCD (branded calling display), and they want to know whether it can work as a standalone product or not, or if people would require some other products or any kind of technology to make sure that it works. So, one of the important things that people should […]

Enjoy Maximum Transparency in Your Crypto Transactions with MyEther Wallet

Are you currently interested in discovering the field of cryptocurrency, but don’t know where to start? my wallet private important(我的錢包私鑰) is a great choice for new and experienced cryptocurrency consumers alike. With MEW, you may tightly retailer Ethereum and Ethereum-centered tokens, as well as trade and manage forex trading action with ease. Let’s learn more […]